Tangy tomatillos, mild green chili, and chicken cooked into a mushroom-infused bone broth — what could be more comforting and satisfying than a chili verde soup on a cool autumn night?

Tomatillos, sometimes mistakenly called as green tomatoes because they look like little green tomatoes inside a thin papery husk, are considered a staple in Mexican cooking.  These nightshades are often used to bring a tart and refreshing bite to soups and salsas. Nutritionally, tomatillos contain fiber, iron, niacin, potassium, and manganese. They also contain vitamin C, which supports the immune system. 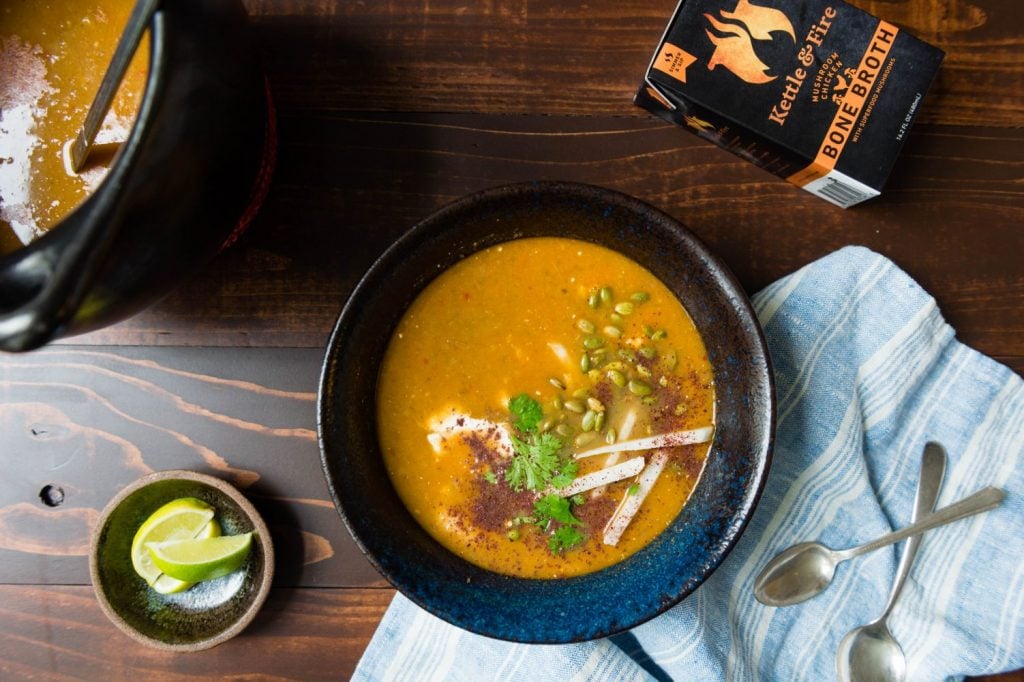 You can get more nutrients into this classic, nourishing soup by cooking it in our mushroom chicken bone broth instead of water. Bone broth adds extra protein, minerals, and collagen, the gut and skin-supportive nutrient.

We like to garnish this soup with a little crunchy jicama, but feel free to leave it out if you’re following a low FODMAP diet, or can’t find it at your local grocery store. It’s plenty satisfying without.