Visit any health food store or juice bar, and you’ll likely find apple cider vinegar (ACV) wellness shots and elixirs. Hop onto Pinterest, and apple cider vinegar is pinned as a cure-all for almost every health ailment — from acid reflux and bloating, to clearing up blackheads and boosting your metabolism. But does ACV really have all of the health benefits it’s celebrated for, or is the apple cider vinegar “miracle” a bunch of fluff?

Before we get into what science has to say about ACV, let’s take a look at what it is, and why it’s called a superfood in the first place. As the name suggests, apple cider vinegar is made from apples — cores, peels, flesh, and all. To turn apples into vinegar, they need to be combined with yeast, which starts the fermentation process.

Here’s a fun fact: It’s believed that vinegar was discovered by accident, as the result of letting wine sit out for too long, which is where it gets its name from: vin aigre, which is French for “sour wine” (1).

Making apple cider vinegar is a two-step process. First, the yeast breaks down the fructose (sugar) in apples and turns it into alcohol, which is called fermentation. Then, the bacteria produced during the fermentation process further breaks down the alcohol into a compound called acetic acid.

Acetic acid is the active ingredient found in all types of vinegar, and it’s what gives vinegar its signature sour taste and smell. Studies suggest acetic acid is one of the reasons why apple cider vinegar is said to have so many natural health benefits (2).

This is because acetic acid has mycobactericidal activity, which means it can prevent certain types of harmful bacteria from growing and multiplying, especially those that lead to tuberculosis (3). For this reason, acetic acid is commonly used in hospitals and added to prescription medications. Apple cider vinegar uses in natural medicine actually date back over 6,000 years, when it was used to treat the plague (4).

But here’s the million dollar question: If every type of vinegar contains acetic acid, what makes apple cider vinegar so special?

Apple Cider Vinegar vs. Other Types of Vinegar For starters, apples are a healthy food. So, naturally, you’d assume the vinegar made from these bad boys would be equally as nutritious. While it’s true that vinegar made from apples may provide more antioxidants, vitamins, and minerals than vinegar made from distilled grains, an important factor that sets ACV apart from other types of vinegar is that it contains something called “the mother.”

What Is “The Mother” In Apple Cider Vinegar (And Why Is This Important?) Have you ever picked up a bottle of raw or unfiltered apple cider vinegar? If so, you may have noticed a goopy, cobweb-like substance floating near the bottom of the bottle. This is called “the mother.”

The mother is essentially a ball of acetic acid, cellulose (fiber), enzymes, and bacteria (5). In other words, it’s where all of the “good stuff” is concentrated. The mother is what gives ACV its murky, cloudy appearance.

Raw, unpasteurized apple cider vinegar is the only type of vinegar that’s sold with the mother, which is why many people believe ACV is more nutritious than the other varieties.

Now, let’s get into the natural ways you’ll benefit from adding raw apple cider vinegar to your diet. Acetic acid is powerful enough to kill off the mycobacteria that can cause tuberculosis. And mycobacteria are one of the most difficult types of bacteria to destroy. They are often referred to as the most disinfectant-resistant bacteria (6).

Based on these findings, studies suggest that acetic acid is powerful enough to kill other types of bacteria, which makes it useful as a non-toxic disinfectant for produce, as well as a good household cleaning agent to disinfect toilets, countertops, and other surfaces.

One of the biggest “hypes” about drinking apple cider vinegar is that it’s a metabolism-boosting, fat-burning weight loss tonic. And we won’t lie: It’d be nice if ACV alone was enough to melt off those unwanted pounds, especially after the holidays.

One study showed that acetic acid could help reduce the body’s insulin response to refined carbohydrates (read: less of a spike and crash), which is a primary mechanism that triggers fat storage (7). The people who participated in this particular study also said they felt more satisfied after meals when they consumed vinegar with white bread, compared to those who ate the bread alone (8).

This may also explain why vinegar tea is one of the oldest folk remedies for controlling diabetes, as insulin resistance is considered a precursor to Type 2 diabetes (9)(10).

Tossing your greens in apple cider vinegar, or drizzling it over your veggies may help you absorb their essential vitamins and minerals in those foods easier. It’s said that acetic acid can help improve nutrient uptake, especially iron (11). This is a major health benefit for those who follow a vegetarian or vegan diet, as plant iron (non-heme iron) is more difficult for the body to absorb than heme iron, which comes from animal products (12).

Some research shows that apple cider vinegar has antiviral, anti-inflammatory properties, which makes it a good natural remedy to have around during cold and flu season — both as a preventative measure and as a food to eat when you’re sick or have a sore throat (13).

6. Acts as a Natural Food Preservative

If you’re looking for an effective way to make your food last longer, adding apple cider vinegar may do the trick. One study found that acetic acid was effective for preventing the growth of food-borne pathogenic bacteria, such as E. coli and salmonella (14).

While apple cider vinegar is considered a superfood itself, it can also help make other superfoods more nutritious — especially bone broth. This is because the acid in apple cider vinegar has the ability to draw out minerals from the bones, such as calcium and magnesium (15).

If you’ve ever made bone broth before, you know that the 10 or more hours of simmering time for the bones and connective tissue is essential for extracting nutrients, such as collagen.

It’s these essential minerals that make bone broth one of the best foods to eat for energy, which is why we use apple cider vinegar as a key ingredient in our Kettle & Fire Bone Broth.

By adding apple cider vinegar to our broth as we simmer organic chicken or grass-fed cattle bones, we can provide you with a bone broth that’s bursting with nutrition.

ACV for Digestion: a Popular (But Unsupported) Claim

There are many acclaimed health benefits of apple cider vinegar consumption you’ll find online, but unfortunately, there’s limited research to back some of them up. One of the most discussed health benefits of ACV is that it improves digestion, especially when it comes to bloating, acid reflux, and chronic digestive conditions like candida (16).

What we do know, is that apple cider vinegar does contain pectin, which is a type of fiber that acts as a prebiotic and helps keep your digestive system healthy (17). Some people also swear by using apple cider vinegar to help soothe acid reflux and to aid with protein digestion before heavy meals (18).

Since we like to give you the cold hard facts, we don’t have enough scientific proof to say these claims are true — but that doesn’t necessarily mean they’re false. If you’re looking to use apple cider vinegar to improve your digestion, the best way to find out if it works is to give it a try yourself. After all, apple cider vinegar is a nutritious food that’s considered safe in small amounts (up to 1 to 2 tablespoons per day) with little side effects, so you don’t have anything to lose by giving it a try.

We have one word of advice when it comes to apple cider vinegar: If you’re planning to drink it straight or add it to your juice recipes, always use a straw. The acid in undiluted apple cider vinegar is extremely strong and can weaken your tooth enamel, leaving you more prone to cavities.

How to Eat and Use Apple Cider Vinegar

To get you started, here are a few different ways you can use apple cider vinegar to improve your health and the health of your home.

This Ginger Honey Switchel contains apple cider vinegar, which is full of beneficial bacteria, plus ginger, lime, and honey, which are powerful foods for immunity. While switchel is a healthy beverage you can drink any time, it’s a particularly great option — as with other fermented foods and drinks — when you’re feeling under the weather.

(PS: Not to sound like a broken record, but don’t forget to sip switchel through a straw to protect your tooth enamel.)

The mild, tangy flavor of apple cider vinegar is perfect for making salad dressings. Combine it with garlic, lemon, dijon mustard, olive oil, and honey, and you’ve got a winner.

This easy apple cider vinegar salad dressing from Detoxinista doesn’t require any fancy equipment, and you can whip it up in a matter of seconds. Bonus: Homemade dressing typically has fewer calories and more nutrients than conventional store-bought dressings.

Next time you have turkey, beef, fish, or chicken, don’t forget to save your bones! Bone broth is one of the best foods you can eat for joint, gut, skin, and immune system health. Soak your bones in apple cider vinegar for a few hours before you begin simmering the bones to draw out as many essential minerals as possible.

Wash Up With It

Healthline recommends using vinegar as a home remedy to soak your feet, which can help control odor and clear up conditions like athlete’s foot or toe fungus thanks to its antifungal properties. Soaking in apple cider vinegar also helps soften the skin on your feet. You can even add other detox-promoting ingredients, such as epsom salts or bentonite clay (DIY spa day, anyone?).

There are so many ways to incorporate ACV in your life, from your diet to your home. With just a small amount you can begin reaping the benefits! 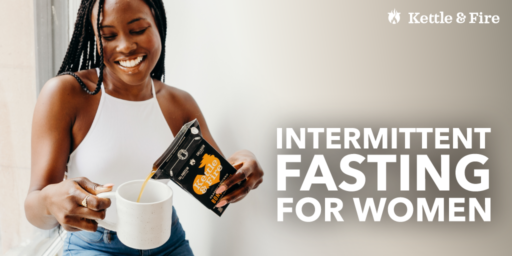 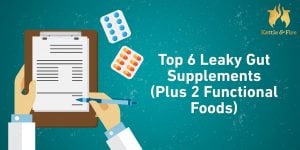 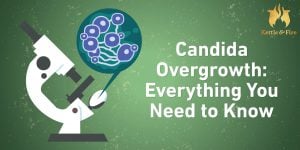 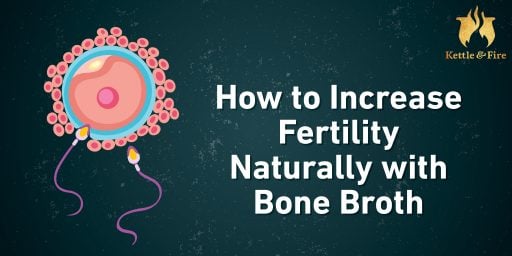 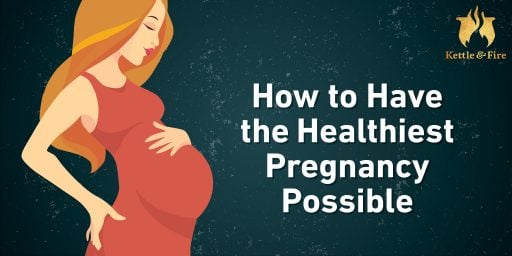